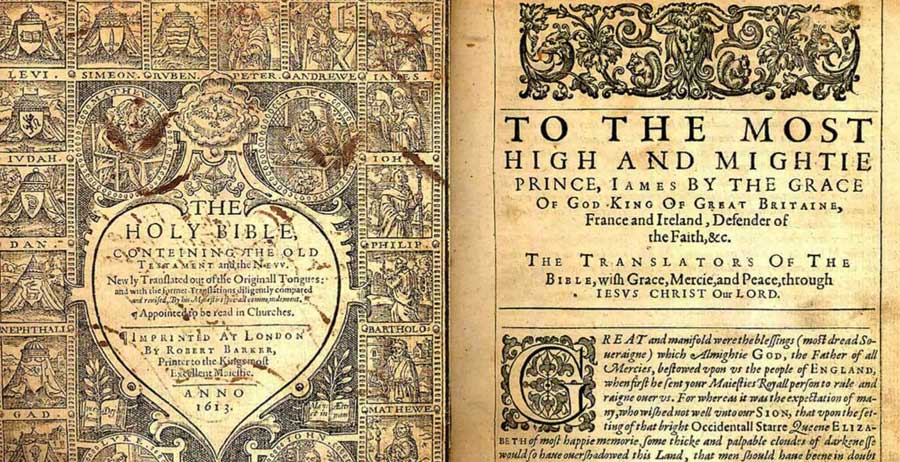 King James Version (KJV), also called Authorized Version or King James Bible, English translation of the Bible, published in 1611 under the auspices of King James I of England. The translation had a marked influence on English literary style and was generally accepted as the standard English Bible from the mid-17th to the early 20th century.